The Speaker at this meeting was Doctor Sarah Charnaud, a researcher from the Burnet Institute.

Sarah was born in South Africa to parents who were scientists so as a seven year old she knew she wanted to be a scientist, just as her parents were.

When some of her friends died of malaria and HIV this became the catalyst for her to become a medical researcher and to research diseases affecting people particularly in disadvantaged situations.

After many years of study in the United Kingdom, Sarah came to Australia and with Professor Brendon Crabb at the Walter and Eliza Hall Institute of Medical Research (WAEHI) worked on an antimalarial drug.

Sarah told the members of the Rotary Club how difficult the research into the eradication of the malaria is with its capability to transform itself into many different forms. 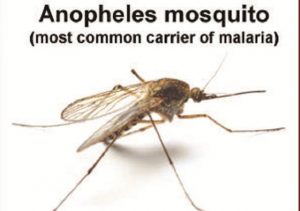 As with many diseases it can take up to 10 years of research to successfully develop a drug to eradicate the mosquito parasite. In the meantime education and prevention are most important.

The main prevention is the use of bed mosquito nets which Rotary Club of Rosanna supply to many mosquito prone areas.

This year in December Sarah with 78 women scientists from all over the world are spending time in Antarctica for a Leadership in Science Program.

This program is to discuss and learn about better action, better development and better implementation of scientific research and how countries can work together.

Sarah demonstrated how women had been overlooked for many years in some areas of research (for example, use of “male” dummies in motor accident research).

Female scientists have long been overlooked for their research and discoveries of cures and drugs that are still used today.

Male scientists in the field naturally were recognised but there were apparently obscure women who, in their research, detected areas of overcoming diseases that made an enormous impact on a world of better health.