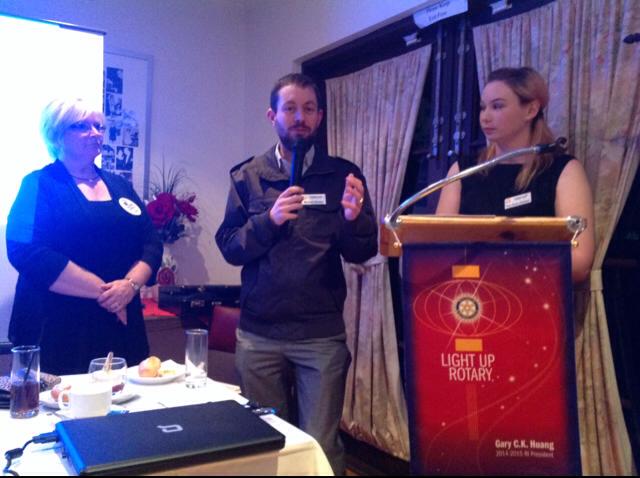 Erin-Rose Dickson of Diamond Valley Rotaract whose theme was linking Rotaract to Rotary. She joined Interact in 2007 and The Red Cross Red Shield Appeal of 2009 introduced her to Rotaract. By her second meeting she felt she was in an organisation to which she belonged and a conference in Sydney lead to an inspirational high following which she took on the role of club president. She thought her greatest achievement was the introduction of new members.

She believes her involvement has given her a new sense of self possession and confidence. She noted that over six years of DV Rotaract Club many clubs have come and gone, but she was sure that this does not mean that they had not achieved much for their communities and their members while they existed.