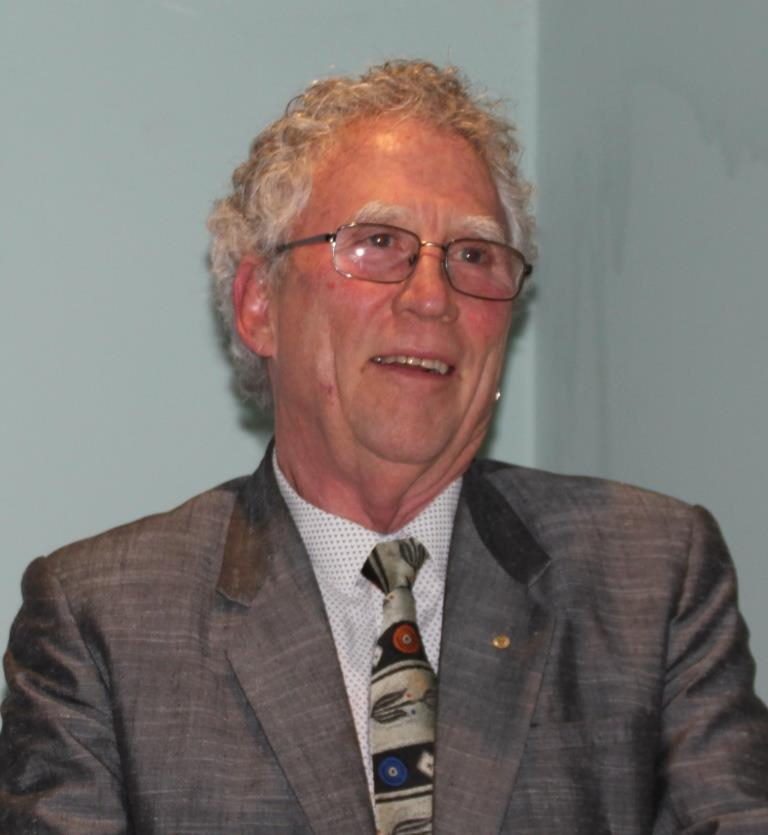 Our speaker David Peak who, by any standard, has led a life of exceptional public service.

In 1969, he was introduced to Rotary as a RYLA participant whilst working with Hexter & Eddy, Preston, having previously been a student at Thornbury High School. Further theological studies led to his ﬁrst appointment in the social welfare ﬁeld as a Probation Oﬃcer at Glenroy and so began a 30-year involvement in the welfare of young people in general and aboriginal youth in particular. An Industrial Chaplin between 1986-2000, he was the CEO of Philips’ Gate for 7 years and had been the Executive Director of MALPA from 2012 until his recent retirement.

David’s theme was essentially to invest in our youth. They were the victims of family breakups and domestic violence and their alienation would omen spread over three generations of welfare dependent families. Street children were a byproduct and their hopelessness spread to drug abuse and crime and entry into the revolving door of the justice system. This was magniﬁed within the aboriginal communities where basic needs of clean water, sanitation and accommodation were omen absent in the outback. The program at MALPA was to educate children at mid-primary level in the needs for health and hygiene and in later years, for them to act as ambassadors within their communi8es to spread those messages.
Time constraints limited David’s ability to develop these themes but those present were impressed with quality of both the message and humanitarian who presented it which was acknowledged by both Rona and President Gail.