Rona McLaughlan chairman for the night introduced our speaker, Alan Flint. Alan’s commercial life started off as a paper boy in 1954 with happy recollections of the first colour edition of the Argus.

Following completion of his secondary education at Brighton Tech, Alan joined the Commonwealth Bank at an annual salary of £750.0.0. Various transfers followed including a stint at Dandenong where he dealt with Barry Jones (Pick-A Box Quiz contestant and MHR fame) and unusual bank notes leading to a term of 17 years as a Vice-President of the International Bank Notes Association. But we need to go back a step or two.

Since 1913, one of the functions of the Commonwealth Bank was to print paper currency with Treasury being responsible for coins at the mint in William Street. The Reserve Bank assumed responsibility for note printing and a transfer of Alan to the Note Printing Branch in Victoria Parade in 1972 was to define his later career where it remained until 1981 when it was transferred to its present home at Craigieburn.

With counterfeiting being a constant issue, the introduction of colour photocopiers presented further challenges leading to the use of polymer as the paper substitute which has been used for the past 22 years. Note printing developed into an international business with the first contract with the Singaporean Government for notes in 1988. Many more were to follow throughout the world and Alan’s working life was clearly embedded in the notes which he had helped to develop over the years. 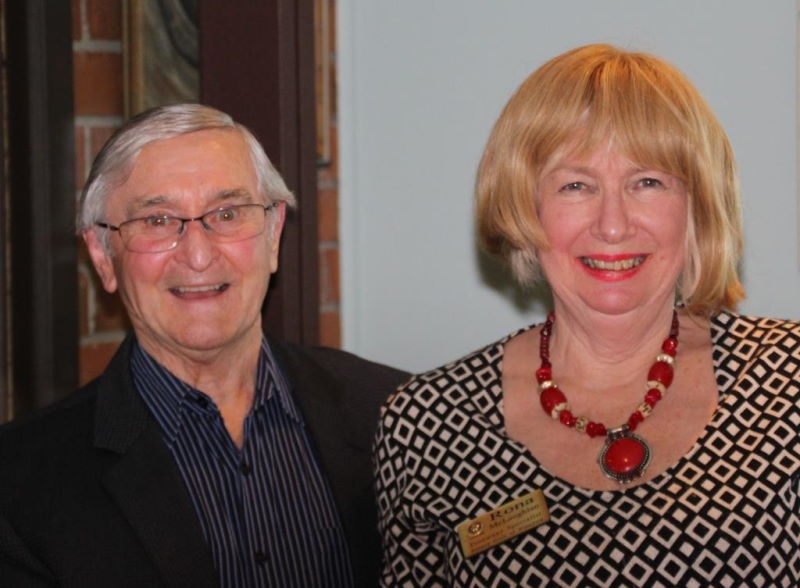 Alan designed some of the notes himself and explained that all sides of each note had a story to tell. He also designed quite a few of international notes over the years. It was an interesting talk on something that we all deal with on a daily basis but we rarely look at the designs except for the dollar value you need. Rona thanked Alan for coming along to enlighten us on our own currency.